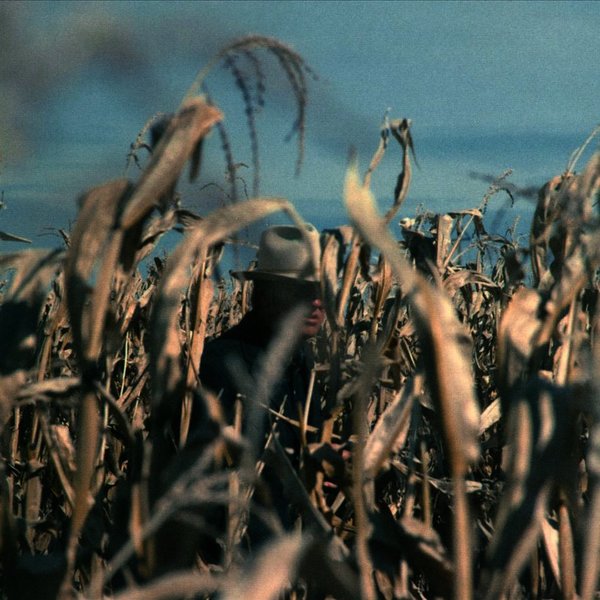 Imagine that you’ve spent 30 days enveloped by the miasma of inner city smog only to be thrust into a car and driven out to the middle of nowhere so you can finally appreciate what it means to breathe fresh country air.

That’s what listening to Chuck Mead’s “Free State Serenade” feels like.  While mainstream country artists continue to blur the line between pop and traditional Nashville home cooking, Mead has crafted a spirited collection whose fidelity to the old-school way of thinking actually translates into a refreshingly modern take on the mythology of life, death, love and history on his native soil of Kansas.

Just like that sparkling country air, the timeless Nashville vibe existed long before it became polluted by Top-40 wannabes masquerading as the real thing.  It just took a free-thinking soul in the form of Chuck Mead to put the genre back in touch with its long lost roots.

When Chuck comes to Buffalo’s Sportsmen’s Tavern on April 7, expect to hear a hearty portion of “Serenade” mixed with various selections from throughout his career with BR549.  The venue tends to fill up quickly, so I’d recommend getting there early to avoid being exiled to the top floor where sightlines are limited.

I spoke with Chuck recently about the album and what he has in store for Buffalo. Here’s how it went down:

Question: How is “Free State Serenade” different from anything you’ve done before?

Mead: This album was really personal.  I poured my imagination and all of the legends I’ve heard throughout the years into it to make a real statement.  I only used two co-writes on this album, which means that what you hear is exactly what I was feeling at that moment.

Question: What I love about the record is how much it sounds like bona fide Nashville-bred country music right from the beginning.  How do you feel about many modern country artists incorporating elements of pop into their production?

Mead: Well, other artists have to do what they have to do.  There are some quality country artists in the mainstream right now that really mean what they do, and I respect that.  I’ve just stuck to what I love and created music the best I know how.  If an artist’s sound hinges on a pop crossover, it shouldn’t be a problem as long as they’re genuinely invested in what they’re doing.

Question: “The Devil By Their Side” is the track that stood out to me most with how it juxtaposes a bloody Civil War raid with an upbeat rhythm.  How did the song come together?

Mead:  The song is about the pillaging of my hometown of Lawrence, Kan. by William Quantrill during the Civil War.  It was a town settled by abolitionists, so the tension had been building up for quite a while prior to that and Quantrill seized his opportunity for revenge.  More than 150 men and boys lost their lives during the raid, which made it especially poignant for me when putting the song together.  It has always been a passionate subject for me and I really wanted to do it justice.  It’s an intense song, but, within the context of the album, it fits really well.

Question: “Neosho Valley Sue,” however, ushers in a completely different mindset for the listener.  Did you consciously attempt to change things up when arranging the tracks?

Mead: Well, that was a song I had knocking around for a long time, even back to my days with BR549.  I was in a country band with my parents growing up, so that old school country vibe comes naturally to me.  As far as the contrast goes, I think both songs are serious in their own way.  You can have a lighter song about love that still hits hard, because it’s true and from the heart.

Question: “Evil Wind” opens with a rockabilly Buddy Holly feel to it, which we don’t hear too much anymore.  What was your inspiration for that?

Mead: Growing up in Lawrence, I was always told about the murders committed by Perry Smith and Dick Hickock in Holcomb, Kan.  They were the boogeymen of our community, so I wanted to come up with a song aimed at purging myself of that fear once and for all.  Truman Capote wrote In Cold Blood about the case and I decided to write the lyrics from the perspective of Perry Smith.  I wanted to put myself in the killer’s mind, which made for an unsettling composition.

Question: How did you assemble the band for this record?

Mead: The band consists of the Grassy Knoll Boys, who have been playing with me for a while now.  We love playing together and the way we approached the recording process was to enter the studio attempting to make it sound as live as possible.  I love all these guys and, when we’re on, everything just falls into place.  I know some albums are created in piecemeal fashion, but I think playing live in the same room with the band is the best sonic way to tell the listener a story.

Question: What translates really well when listening to the album is how much passion you guys have for the material.  How have crowds responded to the tour thus far?

Mead: People love it.  They really dig the story songs and it makes me feel good to know that my storytelling resonates with audiences.  I think country and blues endure, because fans appreciate the honesty and raw emotion of the performance.

Question: What was your adjustment like upon moving from Lawrence to Nashville?

Mead: There are a lot of hills and trees here, which I wasn’t used to before.  Kansas will always be my home, but this place has been really good to me and my decision to put myself out there has really paid off.  Everyone here is making music and working on various projects, so it’s important to get out there and announce oneself to the world.  If you want to make it in country music, this is the place to really make it happen.

Question: Who were some of your earliest influences?

Mead: Well, my parents had a hillbilly band when I was growing up, so I was into country music from a very young age.  Hank Williams, Ray Price, and Elvis Presley were the major ones for me early on, as well.  Then, The Beatles changed everything again when I first heard them, because they were really England’s version of a powerhouse rockabilly band.  I also loved The Rolling Stones and admired everything they were in the 1970s.  I even enjoyed 70s AM radio tracks like Billy Don’t Be a Hero and Spinning Wheel.  I thought it was cool that you could hear everything from Kenny Rogers to Chicago on the same station.  Later, it was The Ramones, The Clash, and Patti Smith that I became enamored with, because they weren’t anything resembling dinosaur rock such as Journey or Foreigner.  I had the fortune of growing up in a college town, so I was able to see a lot of significant bands when they rolled through town.  I saw Iggy Pop in 1980.  I saw Lou Reed with Ian Dury and the Blockheads opening, which was just a mindblowing show for me.  Muddy Waters is another show I remember vividly.  I remember seeing The Police when they were still fresh and traveling around in a station wagon.  Everything seemed less corporate than it is now.  I mean, it’s always been corporate in terms of the label making money, but it just felt freer back then.

Question: You were in charge of the music for the show, Million Dollar Quartet, which was well-received during its Buffalo run a few years back.  How did you first become involved with that project?

Mead: I got a phone call asking if I would be interested and I immediately thought it would be a great experience.  I’ve always loved the music of Carl Perkins, Buddy Holly, and Jerry Lee Lewis, but never thought I would have the chance to create something in the realm of musical theatre.  In a way, my experience with that helped frame this new record, because the larger narrative is very much alive.