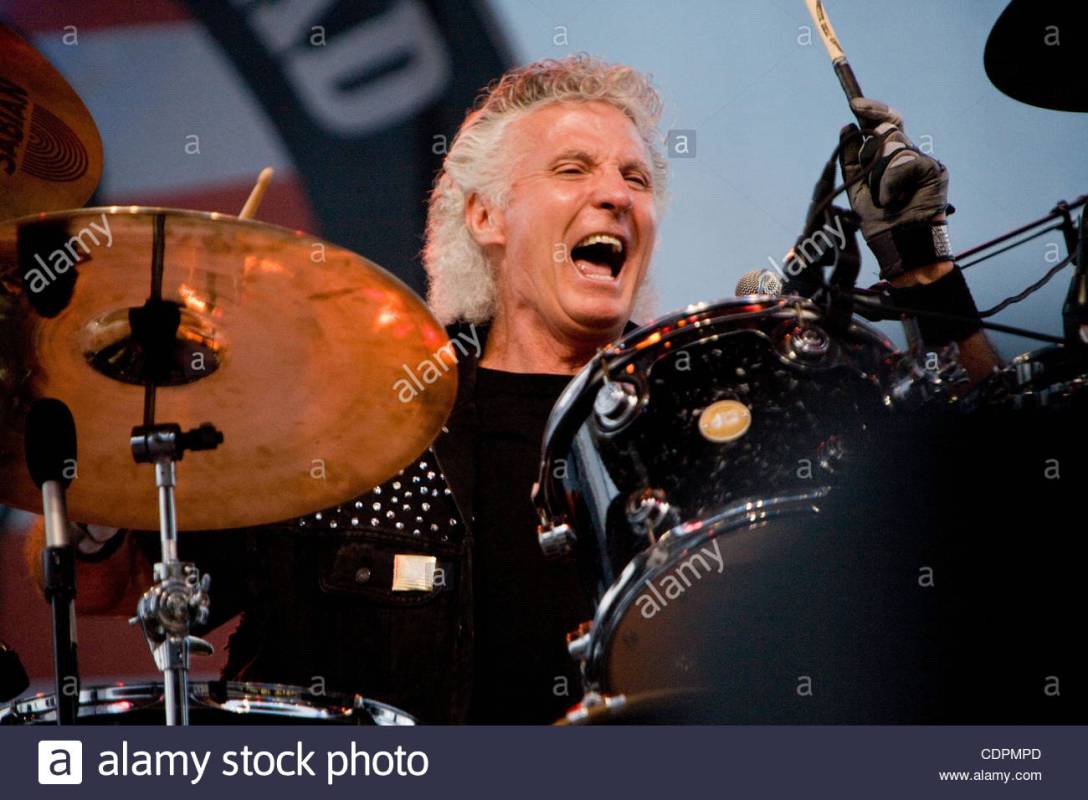 The last time that Grand Funk Railroad played Western New York, I’ll admit that, while I remember it being a brisk evening full of driving riffs and classic rock reminiscence, my attention was pulled in a different direction for most of the show.

You see, I met my fiancée that night in August 2011, so forgive me if I was too preoccupied to fully plunge my senses into what the band was serving up. Never before had I allowed outside circumstances to supersede my duties as a journalist for a spell, but sometimes you meet someone who inspires you to let your guard down and revel in the social component of an outdoor concert.

I’ve been revisiting that moment in anticipation of Grand Funk Railroad’s show inside the Seneca Niagara Events Center on January 11, because it’s a prime example of how finding the right person can be as simple as engaging in all the summer goings-on that this area has to offer.

On the musical side of things, Grand Funk is still a formidable outfit capable of controlling a crowd with every swipe of the pick, and the present lineup tackles the material as if the 70s never ended.

While never a critical favorite in its heyday, the hardworking band from Flint, Michigan possessed a rust-belt sensibility that resonated with audiences from the United States to Japan.

The anthemic quality of “We’re an American Band” reigned supreme in an era when terrestrial radio still acknowledged rock music as an acceptable art form, so paying to see the band today should be viewed as an old-school act of musical revolution.

I caught up with drummer/vocalist Don Brewer recently to discuss the songs, the fans, and how he continues to summon the energy to tour year after year.  His enthusiasm for the material and earnest manner of taking questions is something many younger artists could learn from.

Question: The last time I saw the band was 2011.  What have you guys been up to since then?

Brewer: That was a really memorable show for us along the canal in Lockport, the turnout was great.  We’ve been touring and working on new material.  We play around 40 shows a year, so we’re always out there bringing our music to the fans.

Question: After more than 40 years of touring and recording, how to you get yourself to hit the road year after year?

Brewer: Well, it’s definitely not as easy as it used to be.  I go to the gym, I do a lot of walking, and I generally try to keep in shape.  The key is to keep moving and stay active.  I’m always playing and keeping my chops sharp on the drums.  I also enjoy spending time with my family, which allows me to unwind from the road.

Question: What can fans expect on the upcoming tour?

Brewer: They can expect a mix of the classics and a few new songs we’ve written in the past few years.  We have a new song called “Bottle Rocket” as well as one called “Sky High” that people can expect to hear during the set.  Another one we debut a couple of years ago is “Lightning and Thunder,” which we still play quite a bit.

Question: Given the mainstream’s current deviation from rock and roll, how do you think Grand Funk would fare in today’s market?

Brewer: I’m thankful we’re not attempting to break into the scene today, because it would be incredibly difficult.  Everything appears to boil down to a talent show now, so the system is totally different.  When we started, the emphasis was on developing a local or regional following and then getting a song on the radio that would reach the national level.  Today, it’s not like that at all.  The Internet plays a large role in who gets discovered as well, so I’m glad to be in a classic rock band that didn’t have to go through that.

Question: Are there any new bands that you think compare to the classic rock of your era?

Brewer: Yes and no, because I can’t really get into the rap at all, because I prefer something with a melody.  A band I really like is Train, because they bring a lot of old-school concepts to the process that I relate to.  Sure, they’re too commercial at times, but at least you can identify the verse, bridge, and chorus.  Plus, I think Pat Monahan is a great singer.

Question:  Of all the covers of “We’re an American Band” that have been done, is there one that you feel really captures the excitement of the original?

Brewer: Not really.  I’ve heard everyone from Bon Jovi to Garth Brooks play the song, but none of them do it quite like we did.  I’d like to see an artist attempt it from a different angle instead of trying to copy what we did.

Question: The original cut of “We’re an American Band” is one of the definitive rock songs of your era.  What did Todd Rundgren bring to the production process that made it click so well?

Brewer: It was a great combination of old styles we played and Todd’s ability to blend our sound with a commercial FM radio vibe.  He had a course of action to follow in the studio and it was very exciting to see where he would take it.  I remember listening to it in the headphones and I just knew that we had something special.

Question: Would you ever consider recording a new album?

Brewer: I don’t think so, because the gap between radio and classic rock bands is just too great to deal with.  There’s no incentive to make a new record for us, because most classic radio stations only play the old material.

Question: How did singer Max Carl come to join the band?

Brewer: I had heard his stuff with .38 Special and it dawned on me that he would make a perfect addition for Grand Funk.  He does his R&B thing really well and he’s one of the best blue-eyed soul singers on the planet.  I called him to jam with us around 2000 and everything came together from there.

Question: When you finally decide to retire, what would you want the legacy of the band to be?

Brewer: I want people to remember that we were a great rock and roll band as well as one of the original arena rock bands of the 70s.  I’ve had so many great moments in this band.  Whether it was playing a show in Japan during a wild storm or being mentioned on The Simpsons, we’ve had an incredible run through the years.