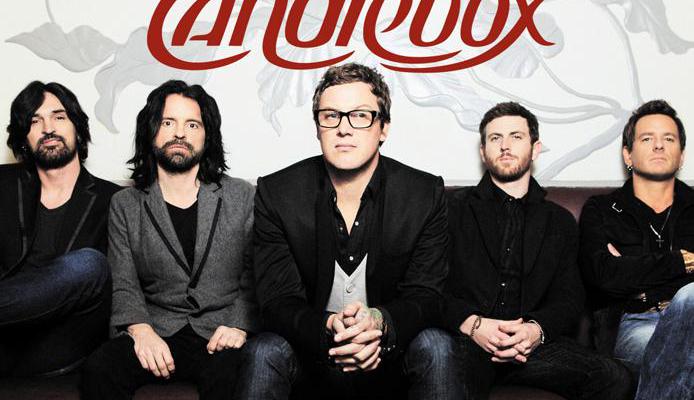 When looking back on the 90s “grunge” movement, a number of artists and images squander little time entering into one’s consciousness.  You begin with Seattle’s version of “The Big 4” in Nirvana, Pearl Jam, Soundgarden, and Alice in Chains, and then move on to other scene staples Mother Love Bone, Mudhoney, Screaming Trees, and the Melvins.

Sure, you could complain ad nauseum about the superfluity of copycats generated from Kurt Cobain’s apathetic scowl or Eddie Vedder’s back-of-the-throat vocal technique a la Creed or Days of the New, but there’s no ignoring the fact that this was music that mattered, melodically and socially.

They created something that exceeded even their own expectations of profundity, and, if only for a moment, the entire entertainment world was watching to see what would happen next.

For a band such as Candlebox, the momentum couldn’t have been better.

While they didn’t achieve the same level of longstanding commercial success as the aforementioned bands, they did make two early albums that exploded once their style became the craze of the day.

Their singles “Far Behind,” “You,” “Change,” and “Cover Me” were assimilated into regular rotation on rock radio while a set at Woodstock ’94 stood as a reminder that their time had finally arrived.

As I stood inside Buffalo’s Town Ballroom during Candlebox’s 90-minute set last night, I found myself chewing over their place in history and where exactly they fit among the “grunge” faithful.  My appreciation of the band grew with each number, as vocalist Kevin Martin’s energy and frantic cadences had me engaged on a level that few live acts achieve anymore.

He soared from a breath to a scream with little exertion during early highlights “Simple Lessons” and “Don’t You,” and even his banter in between songs was steeped in the kind of enthusiasm and spontaneity that makes an otherwise routine show feel like something more.

To me, it was something more indeed.  I’ve been listening to Candlebox since 1993, but the material took on a new life within the live setting.  The guitars had bite, the vocals were polished, and the guys’ affinity for Buffalo had everyone in attendance wanting more.

Martin recalled the band’s first area show back in 1993 with a smile while offering his thoughts on the current state of Buffalo’s professional sports teams, which were greeted with the usual grimace from those who know all too well the futility that local fans are accustomed to.

Once the discussion ceased, Martin steered the evening back in the direction of powerhouse alternative rock, which is how I would categorize the band in 2012.  Spot-on versions of “Blossom” and “Change” set the table for the finale of “Cover Me,” “Far Behind,” and “You,” which appeared to elicit the strongest reaction from the crowd.

While I don’t anticipate Candlebox’s new album “Love Stories & Other Musings” to shatter sales records in today’s pop-laden market, the nine new tracks are excellent offerings from a group that is still a vital outfit full of vigor and the “grunge”-fueled aesthetic.

Opening acts Acidic and Sugar Red Drive did their best to rile the crowd prior to Candlebox’s ascendance to the stage, but only certain stretches of either set did anything to match what would come later.

Sugar Red Drive’s cover of CCR’s “Fortunate Son” lacked the acerbic tension necessary to match the original and Acidic fell somewhere in the Silverchair vain minus the catchy choruses to bring things home, so it was clearly Candlebox’s evening from start to finish.