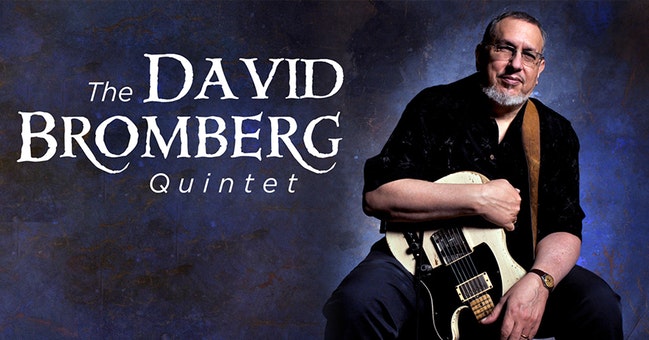 Although singer/songwriter David Bromberg has been in the business nearly 50 years, the concept of flying under the radar is still an apt way to describe his career to this point.

Sure, he’s played with everyone from Bob Dylan to The Eagles to The Grateful Dead, but, if you took a street poll, how many people would actually recognize the name?

Taking the pop cultural values of the day into account, common sense says not many.

Such is the reality of an assiduous musician whose heavenly guitar touch and acerbic intellect no longer register in a mainstream that ceased celebrating masters of his ilk eons ago.

Offering an irresistible mix of folk, dirty blues, and bluegrass, Bromberg is doing exactly what God intended him to do.  He’s a natural performer in the truest sense of the word, a thinking man’s lyricist who soaks his art in a rootsy, matter-of-fact examination of life, death, and how the actions of the opposite sex continue to keep men circling the wagons in search of an answer.

His quintet performed inside The Bear’s Den at Seneca Niagara Casino last night, and, given the number of seats unoccupied, Western New York music lovers should be kicking themselves for missing out on such a heated evening.

Between the torrid playing of guitarist/mandolinist Mark Cosgrove and fiddler Nate Grower, the crowd was put to the test as to which performer would receive a louder ovation.  Every time it appeared as if the band was ready to lay a song to rest, they would continue to raise each other to a level suggesting tautness beyond belief.

Even Bromberg himself unloaded a meaty portion of slide guitar that had everyone wondering just where this guy has been hiding out the last few years.

Of course, he wasn’t literally in seclusion, but it sure feels that way.  An artist that gifted should come around quite a bit to rescue fans from the platitudes of Mumford and Sons.

Bromberg’s vocal approach suits the music beautifully, because he can be playful when he wants to be and tender when he needs to be, often in the same arrangement.

Shortly after the show began, Bromberg uttered the single greatest line anyone has ever said about people who shout song titles at the band.  While his language can’t be repeated here, let’s just say that it was regarding a fan’s lack of knowledge when it comes to putting together a set.

That remark, combined with the musical precision on display, made for one impressive evening.