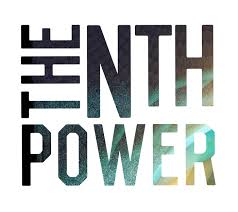 The Nth Power was formed in the wake of a late-night jam session at the 2012 New Orleans Jazz Festival by five people whose raison d’être is elevating the medium with every breath they draw. For them, a song signifies something more than background noise during the New Year’s Eve party that your parents once said you were too young to attend, it’s a vehicle for inspiring your fellow mortals to rise up and realize that we’re all going to get through this thing called life together. Rather than using their platform to divide or spit partisan venom in true Trump fashion, they’re a supergroup committed to unity and echoing Carlos Santana’s belief in the healing powers of music.

Their recent stop at Buffalo Iron Works was yet another local example of why they won’t remain in the supporting slot for long, because what happens when vocalist/guitarist Nick Cassarino, drummer Nikki Glaspie, bassist Nate Edgar, percussionist Weedie Braimah and keyboardist/singer Courtney Smith take the stage can’t be replicated on a record. It’s as if they all have something exigent to get off their chests and the only way to do so is to orchestrate an eruption of Gospel-tinged funk/soul/jazz/rock fusion that couldn’t possibly come from any other musical combination. As hip-shaking as Brooklyn-based powerfunk army Turkuaz is, The Nth Power’s opening set proved to be just as transcendent.

I caught up with Cassarino prior to their Buffalo date and the excitement he exhibited throughout our chat bodes well for a group appearing to be ready to take their art to the next level.

MNOD: How did the band initially come together?

Nick Cassarino: We first came together during a late-night jam at the New Orleans Jazz Fest back in 2012.  Jennifer Hartswick from Trey Anastasio’s band was a mutual friend, so it all just came naturally once we began playing together.  Nikki (Glaspie) and I have a great partnership within the context of the group, which has allowed us to really create something that we’re all proud of.

MNOD: How would you describe the band’s sound?

NC: Somebody once described us as ‘psychedelic church music wrapped up in heavy metal soul,’ which I actually found pretty accurate.  We strive to be the most genre-bending we can be, so elements of jazz, funk, soul, gospel, world beat and more can be found throughout our material.  For us, it’s all about capturing the spirit and energy of where we came from while simultaneously constructing the band of our dreams within in a contemporary context.  Our latest record, “Abundance,” was meant to reflect the vivacity of New Orleans, because we did most of the instrumental work and recording there.  Our whole vibe is predicated on the healing power of music and love, so the majority of our writing revolves around ideas that are both spiritual and timeless in equal measure.  When I was younger, I was into punk and classic rock, but, later on, artists such Michael Jackson, Whitney Houston, Stevie Wonder, Brian McKnight and Maurice White from Earth, Wind, and Fire became big influences on me, and the diversity of our band reflects that.

MNOD: What does the band do live the try to distance itself from the pack?

NC: We used to see a lot of bands that keep their heads down the whole time and it would just be kind of a boring event with very little audience interaction.  That wasn’t for us, though.  We laugh with each other on stage and essentially make the show feel very human.  We’re not building rockets over here, so it’s OK to veer off the usual concert path by extending solos and doing whatever feels natural in the moment.  We’ve always been about spreading a positive message and I think our shows are getting better all the time.

MNOD: I know you were a member of Big Daddy Kane’s band at one time.  What was that experience like?

NC: I had the opportunity to play with him and Slick Rick, which were both amazing experiences.  Slick Rick came into town and was looking for a live band, so we were recommended for the spot.  Then, in a cross-promotional thing between him and BDK, I ended up playing with Kane when he came back into town.  He was awesome, just super mellow all the time.  What I loved most about him is that he’s still about it, he’s still nasty and still killing it every show.  The work ethic alone had an impact on me, because the focus and determination he displayed showed why he was on another level.

MNOD: What are the band’s plans once the current tour comes to an end?

NC: Well, we’re always trying to play bigger venues and build our audience wherever we can, because establishing a connection between the people and our positive message is what it’s all about.