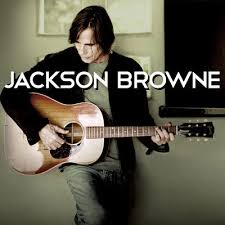 In Allison Ellwood’s sprawling documentary, “History of the Eagles: Part One,” she includes a scene in which Glenn Frey is reminiscing about the time he lived downstairs from an aspiring Southern California visionary named Jackson Browne.

Frey recalls listening through the ceiling as Browne relentlessly pounded away at the opening piano chords to what would eventually become “Doctor My Eyes,” and, at that moment, he realized how much sacrifice and dedication would be required to succeed in the music industry.

Besides collaborating on the 1970s anthem, “Take it Easy,” Frey and Browne went on to separate but successful careers inhabiting the laid-back Laurel Canyon sensibility that came to define the golden age of SoCal rock music.

If you were cruising along the Pacific Coast Highway with the top down in 1977, the chances are good that “Hotel California” and “Running on Empty” comprised the soundtrack to your West Coast pursuit of self-discovery.  Those two albums encapsulated the sunny, free-spirited milieu of Cali prior to Van Halen injecting the Sunset Strip with a shot of muscular carnality during the latter part of the decade.

Perhaps the most lasting impression made by Ellwood’s work is the radical personality differences between the two legends.

While Frey comes off as a frosty tyrant who happened to be a brilliant songwriter desperate for perfection, Browne appears as a more tranquil soul, a quintessential folkie whose affinity for activism and the female form set the stage for some transcendent acoustic-based compositions that would transfix a generation.

The question of whether or not his style remains relevant in today’s Pro Tools culture was answered quickly on Saturday night as Browne and his polished cast of musicians turned the Seneca Niagara Events Center into their very own neo-hippie commune.

Leading off with “Black and White,” Browne didn’t waste time asserting himself as a master songsmith, because “Looking East,” “I’m Alive” and “The Naked Ride Home” all told their tales of innocence and yearning in the same earnest groove that has come to define Browne as a writer.

His political and emotional transparency makes the material come alive for the listener in a way that a lot of modern music doesn’t.  Being a literate, reflective human being is something that he still values greatly, so peppering his lyrics with personal affronts or cheap product placement just isn’t his game.

1976’s “The Pretender” is a song that many consider to be his crowning achievement given its dismantling of the Eisenhower-endorsed philosophy of materialism and consumption, and the band gave the casino crowd a version that crackled with every ounce of passion they could muster.

Throw in feisty takes on “A Child in These Hills” and “Jamaica Say You Will” from his 1972 debut, and the show stands alongside Marcus Miller and Jewel in the upper echelon of Seneca shows for 2013.

Sara and Sean Watkins, formerly of Nickel Creek, joined Browne for much of the set and were each given the opportunity to share their own material with the audience.  Sara’s fiddle playing and tender vocal harmonies added a nice touch to Browne’s catalog, while Sean found time to crank out some commanding guitar solos that beefed up select arrangements.

For the grand finale, Browne chose crowd-pleasers in the form of “Running on Empty” and “Take it Easy,” which stirred the fans into a fit with very little prompting. Venue security responded accordingly, but stood down once Browne assured them that it was acceptable for people to rush the stage.

It was a fitting end to a night of music predicated on enjoying life and being yourself at all times, so one can only hope that Browne comes back to do it all again real soon.