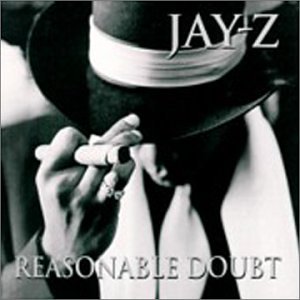 Not only is that the title of M.K. Asante Jr.’s book in which he dismantles everything mass media has ever said regarding the movement and its principles, it’s also an attitude I’ve held since being exposed to my first rap show at 11 years old.

Granted, The Sugarhill Gang was eons removed from the militancy and dogged braggadocio that later became synonymous with the most lethal MCs, but the sense of freedom instilled in me that evening felt like the adolescent equivalent of Augustine being awakened by God to recognize that a whole other side to life awaited him if only he chose to accept it.

I was a quiet, mild-mannered youth whose appearance clashed with what it supposedly meant to be a fan of the music once considered by Tipper Gore and her band of willfully ignorant crusaders to be an impenetrable stain on the moral fabric of American society.

I excelled in school, read every word I could get my hands on, and never altered my vernacular to reflect whatever had worked its way into my CD player that week.

I was simply in need of something real, something that hadn’t been sanitized before coming into my possession, and, if you grew up in the late ‘90s, you know just how dismal popular music was on the verge of becoming.

I remember being inside a local music store in 1999 with a relative who told me I could pick out a CD for purchase. Naturally, the one I chose was Jay-Z’s “Vol. 2…Hard Knock Life,” because the snippets I had heard on mainstream radio were enough to convince me that it was something I should be listening to.

Not even the gaudiness of the Parental Advisory sticker was going to derail me from adding Jay-Z’s latest to my collection. My relative, however, had other plans upon hearing which album I wished to acquire. She immediately vetoed my proposal and I ended up leaving with a copy of the debut release from B*Witched, an Irish pop export whose contributions to the greater musical good are still trying to be discovered to this day.

When I reflect on that moment, I’m able to chalk it up as another example of past generations denigrating the tastes of their children without ever really understanding what it is they’re fighting against. They see a cover featuring what they perceive to be a threatening black male and assume the worst. They allow their preconceived notions of what rap is about to pollute their judgment when it comes to deciding what the youngins should be exposed to.

Instead of addressing the issues of police brutality, draconian drug policies, or socio-economic inequality with any meaningful contemplation, politicians would rather blame N.W.A., Ice-T, and a host of other artists for allegedly glorifying the very forces victimizing their communities. They believe that digesting the rhymes of Ice Cube and Rakim leads to nothing more than violent thoughts about the world and one’s place in it.

Is that an accurate assessment in some cases?

Perhaps, but it’s equally plausible that broadening one’s horizons to include intelligent, message-driven hip hop could inspire activism, political involvement, and independent research to familiarize oneself with the topics which led to the records being created in the first place.

That, to me, is what it’s always been about. The cars, guns, and money philosophy has contaminated the airwaves for far too long, and I think it’s time to bring the genre back to where it started. If you’re not putting anything substantial on the table, I have no reason to extend a piece of my mental space in your direction.

With Jay-Z and Timbaland primed to blow up the First Niagara Center Stage tonight, I wonder how many in attendance will be conscious of everything I just mentioned. How many listeners in 2014 care enough about the message to bother getting involved beyond mere purchasing?

One reason I respect Jay-Z as a rapper/mogul/sports agent is that he’s taken what Rage Against the Machine said in their 1996 track “Down Rodeo” to heart by orchestrating his own creative existence. He understands that controlling the means of production makes all the difference when going up against an industry notorious for taking advantage of black artists.

1996’s “Reasonable Doubt” announced him as a streetwise storyteller whose lyrical ebb and flow was capable of cutting through the status quo with surgical precision, but his transition into the business world is what has established him as one of the all-time greats of the game. RocaWear, the 40/40 Club, Roc Nation, and Roc Nation Sports will live on long after he decides to hang the mic up for good.

While I consider his best material to be from the pre-retirement period, the fact that he’s still touring is significant during an era when the majority of acts aren’t worth the time or money afforded them. The fact that his later releases are hit or miss is mitigated by just how powerful his first five albums were, so here’s hoping he goes back to the beginning before tonight’s festivities are all said and done.

He owes it to the legacy of Public Enemy, KRS-One, and N.W.A. to stay true to himself and never let the substance get buried beneath the trend-setting style, something which is prevalent among rappers belonging to the current generation. He should use his status as one of hip hop’s elder statesmen to steer the genre back in a respectable direction by showing the Drakes of the world how to engage people on a cerebral plane.

If someone asked me to rank the greatest MCs to ever set foot behind a mic, I’m sure that Jay-Z would make my top ten given his overall contribution to hip hop, but I’d still have a problem putting him ahead of many of the luminaries I previously mentioned.

Nonetheless, Western New York has a rare opportunity to catch him in his element on another cold winter night in which there’s not a whole lot else happening entertainment-wise.

If you’re going, enjoy. If you’re not, well, might I suggest pulling up KRS-One and Boogie Down Productions on YouTube for a glimpse into genre’s storied past, because, after all, it’s bigger than hip hop.