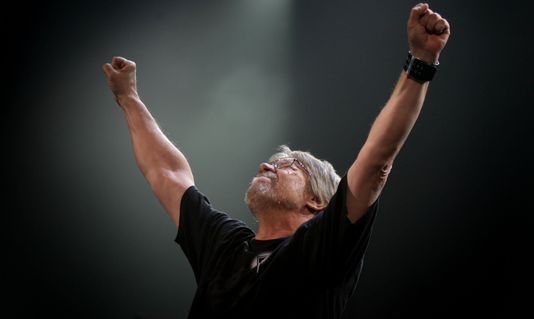 “Great music is written from the depths of the soul.  The great artist attempts to recreate beauty by transforming his feelings into music.” – Debussy

French composer Claude Debussy may have died in 1918, but his spirited words strike me as the idyllic manner in which to describe what Bob Seger and the Silver Bullet Band brought to Buffalo’s HSBC Arena last Saturday night. We saw an aging artist approach the closing stages of his exceptional 40-year career while recreating the wistful magic of “Night Moves” and “Stranger in Town” in the process. Go ahead and disgorge as many quips about AARP, Geritol, and rolling walkers as you wish, but, at age 65, Seger’s return to the stage following a five-year layoff was nothing short of triumphant. The rhythm section was taut, Alto Reed’s saxophone was sizzling, and Bob’s flu-addled voice was pregnant with more poignant, unsullied sincerity than a myriad of singers in their 30s or younger.

Because the evening wore its swan song ambiance like a badge, the set list appeared to contain every classic rock radio standard outside of “Like a Rock” and the band came prepared to give the adoring crowd a night it would never forget. The opener, “Roll Me Away,” was hindered by a soundboard gaffe that ended up affecting much of the first set, but the early highlights included a majestic “Mainstreet,” a stirring take on Tom Waits’s “Downtown Train,” and a spot-on “Travelin’ Man”/“Beautiful Loser” combo to close out the opening set. Other than the fact that whomever was in charge of sound decided to take a snooze at some point, the pacing and overall performance were stellar, and would only get better as the night charged on.

After a brief intermission, the band reconvened to tear into a cover of Ike and Tina’s “Nutbush City Limits” and sounded like a completely different group given the elimination of the audio difficulties. I’m usually not one to get emotional, but even I couldn’t avoid feeling a “little verklempt” when Bob sat down at the piano to sing “We’ve Got Tonight,” so I’d have to call that my favorite moment of the evening. Sure, “Night Moves” got people riled and “Against the Wind” was still ripe with soul-affirming tenacity, but there’s something about a heartfelt ballad that really puts a cap on the entire event.

What makes Seger great has always been his dedication to the rust-belt work ethic and intimate relationship with the audience, which is very much along the same line as Bruce Springsteen and the E-Street Band. He lives and breathes his art to the point that people leave the arena feeling as if he left everything on the stage, and that’s all anyone can really ask for. “Rock and Roll Never Forgets” was a fitting denouement for what was potentially his final show in Buffalo, because none of us who attended will ever forget his contribution to the rock universe. If he does hang it up at the end of May, I think it’s safe to say that he’d being doing so on his own terms and not because he can’t do it anymore.