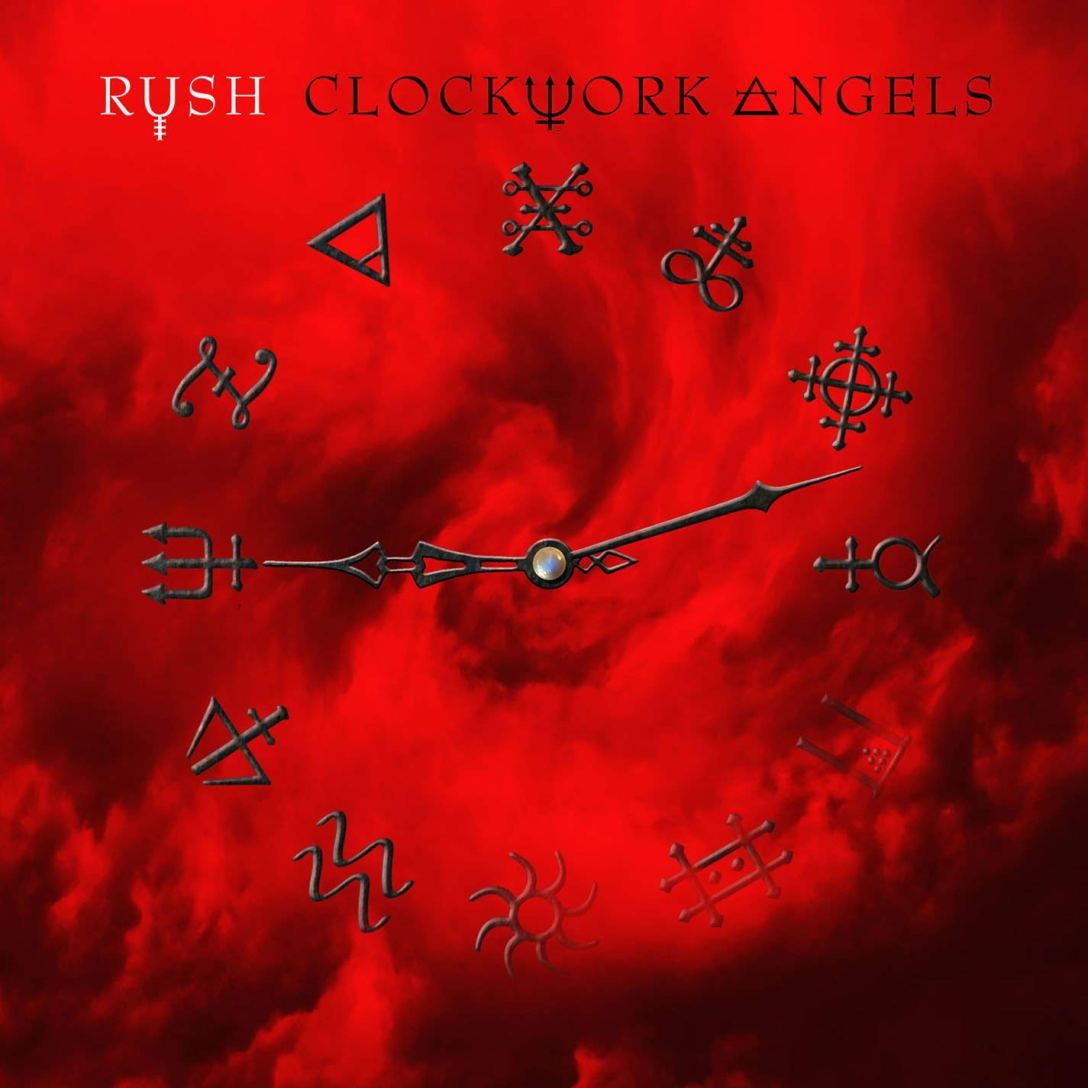 I posed a question to facebook recently regarding Rush and why people obsess over their music to the degree that millions of fans do. While I didn’t come close to eliciting the number of responses I was hoping for, here’s a sample of what I was told:

The recurring theme of each comment was that songwriting separates Rush from the clogged pores of commercial radio, because drummer Neil Peart has a way of taking listeners on a journey through the looking glass of his complex mind. He’s a thinker who writes from an intellectual place without concern for alienating himself from the mainstream and I think people respond to that given their own sense of being labeled unhip in the past.

If you watch the music video for “Subdivisions,” you’ll see a convertible full of popular high school kids driving away as another student looks on. The look on his face is one of dissatisfaction at his current status as an outcast, which, to me, gets at the heart of why Rush resonates to begin with.

That lonely student is a stand-in for every Rush fan who has ever been chastised for being a nerd, turned down by the prom queen, or confined to their bedroom on a Saturday night wondering why they weren’t invited to the party.

It’s a position that audiences relate to, because many of them may have had similar adolescent experiences and Rush is a band that embraces the idea of using the “uncool” concept as a way to come together as one. Just like fans who were casualties of the high school hierarchy, Rush has been maligned by the rock establishment based on the same superficial reasoning.

Their fashion sense was off, their songs were too long, and, early on, their lyrics contained a plethora of references to things that didn’t click with general audiences such as libertarianism and philosophy (Who has time for that?).

Yes, they’ve heard them all, and they couldn’t care less.

Geddy Lee, Alex Lifeson, and Neil Peart are three masterful musicians who have forged their own path despite having meager support from the critical community. Each album suggests a group refusing to be complacent and always looking to unearth a new musical frontier, so, as they surge into their fifth decade as one of prog-rock’s most enigmatic outfits, their commitment to excellence is at an all-time high.

One could argue that their latest release, “Clockwork Angels,” is the crowning achievement among a catalog that already boasts tour de forces such as “2112” and “Moving Pictures,” because every track presents an opportunity to outdo the last in both intensity and arrangement.

Whether through the blistering tempo of “Headlong Flight” or the moments of introspective glory found within “The Wreckers,” Rush asserts itself as a band whose best days are at-hand.

As much as the media adores bands such as Aerosmith and The Rolling Stones, does anyone consider their most recent material to be on equal footing with their most classic work?

I don’t, because, for whatever reason, neither band has been able to recapture its mojo in quite the same fashion.

“Toys in the Attic” and “Rocks” trump “Nine Lives” and “Just Push Play,” while “Bridges to Babylon” and “A Bigger Bang” don’t deserve to be mentioned in the same breath alongside “Let it Bleed” and “Exile on Main St.”

“Clockwork Angels,” however, holds its own quite well when measured up against Rush’s best, which is why it’s currently my favorite album of 2012. It’s a heavy, ambitious, multi-layered, and constantly changing exercise in technical wizardry that requires more than just a random iPod shuffle to get a handle on.

It’s a sprawling epic in an era where spending Friday night in search of deeper meaning around the record player is a lost art, so I can only hope that people open their minds long enough to appreciate what an achievement this album really is.

If you’re someone who needs both sight and sound to keep you satisfied, I suggest that you be in attendance when Rush comes to First Niagara Center on Oct. 26, because your moment of clarity will be mind-blowing, indeed.

In honor of the trio’s first show in Western New York since 2007, I’ve compiled a brief history/analysis of their illustrious studio catalog in hopes of sparking interest in new fans and rekindling the fire in old ones.

Because Rush is one of those entities that usually boils down to the “love them or hate them” debate, I’m aware that my efforts to build them up will fall on deaf ears for those who don’t see what all the fuss is about, but that won’t hold me back from a prime opportunity to generate discussion.

After all, what fun are music and pop culture if we can’t playfully disparage each other’s taste, right?

Rush (1974) – Their debut is the only album to feature original drummer John Rutsey, who died in 2008, and it’s also the only time they encapsulated the charm of an unkempt bar band. Signature tracks include “Finding My Way,” “In the Mood,” and the all-time classic shred “Working Man.”

Fly By Night (1975) – Neil Peart makes his presence felt on songs such as “Anthem” and the ripping title track, but the centerpiece composition here is “By-Tor & the Snow Dog,” a flurry of changing time signatures and lyrical ambiguity.

Caress of Steel (1975) – This is probably the album that gave birth to the idea of Rush being a band void of any female fans, because it’s loud, brash, and lacking any sort of crossover appeal. Because it was maligned by the record company, it’s all but forgotten in many circles, but I love every disheveled minute of it.  “Bastille Day,” “Lakeside Park,” and “The Necromancer” are must-haves for any Rush fan.

2112 (1976) – Peart’s potential as a writer came to fruition on this virtuoso concept album and once again put the band back into the industry’s good graces.

A Farewell to Kings (1977) – Rush’s string of out-of-this-world musical experiences began with this collection of tunes that gave Peart another opportunity to flex his right-brain muscles. Signature tracks include “Closer to the Heart,” “Xanadu,” and “Cinderella Man.”

Hemispheres (1978) – “Circumstances,” “La Villa Strangiato,” and “Cygnus X-1 Book II: Hemispheres” are the type of pieces that have prog-rock disciples salivating at the drop of the needle.

Permanent Waves (1980) – You can see the band attempting to trim the fat and bring their songs to a more reasonable length, but sometimes the material takes on a life of its own. Signature tracks include “Jacob’s Ladder,” “Entre Nous,” and, my favorite Rush song, “Natural Science.”

Moving Pictures (1981) – Widely considered to be their most polished recording, this is the album that launched FM radio gems such as “Tom Sawyer,” “Limelight,” and “Red Barchetta.” Don’t overlook “The Camera Eye” and “Witch Hunt,” either.

Signals (1982) – As the ‘80s progressed, so did Geddy’s obsession with keyboards and synthesizers. Signature tracks include “Subdivisions,” “The Analog Kid,” and “New World Man.”

Grace Under Pressure (1984) – The band’s sound was transitioning into a new era and “Distant Early Warning” kicks things off in a big way. Other key selections include “Red Sector A” and “The Enemy Within.”

Power Windows (1985) – A lot of die-hard Rush fans abhor this album with every ounce of their being given its affinity for synth and various New-Wave influences, but it’s a brilliant departure from a band not averse to taking risks. Plus, they’re playing much of it on the current tour, so it will be interesting to see how their approach has evolved since its release.

Hold Your Fire (1987) – Rush entered a glossy period in the late ‘80s where they styled their hair and dressed in a business-like fashion, and the results were mixed. “Time Stand Still” and “Force Ten” are solid enough, but it’s an uneven record at the core.

Presto (1989) – Another transitional album as the band started to phase out the synthesizers in favor of straightforward pop songwriting. Signature songs include “The Pass,” “Show Don’t Tell,” and “Available Light.”

Roll the Bones (1991) – Every band is entitled to a dud sooner or later, so I would file this one under that category.  Well, it’s not so much a dud as it is simply underwhelming compared to the rest of the band’s catalog, but still nothing transcendent.

Counterparts (1993) – Heavier tracks such as “Stick It Out” and “Animate” are a welcomed return to their earlier work, but I think Terry Brown could have brought something even deeper on the production end.

Test For Echo (1996) – I recently rediscovered this album and can’t get enough of it.  Songs such as “Driven,” “Half the World,” and “Totem” are stunning, while, overall, the album showcases some of Peart’s most direct lyricisms.

Vapor Trails (2002) – Following a six-year hiatus from the studio, Rush returned with powerful collection that arose during a time when Peart went into exile over the tragic loss of his wife and daughter. After reading his book, “Ghost Rider: Travels on the Healing Road,” the entire process becomes quite triumphant when you consider just how low his outlook on life had gotten.

Feedback (2004) – Sure, it’s a covers album, but listening to Rush interpret the material of others is a treat not to be wasted.

Snakes and Arrows (2007) – This one is pure Rush, through and through.  Signature tracks include “Far Cry,” “Spindrift,” and “Malignant Narcissism.”

Clockwork Angels (2012) – I’ve already raved about it, but it really could be the best thing they’ve ever done.

You can catch Rush at Buffalo’s First Niagara Center on October 26.  Show starts at 7:30 p.m.

Clockwork Angels is on sale now.