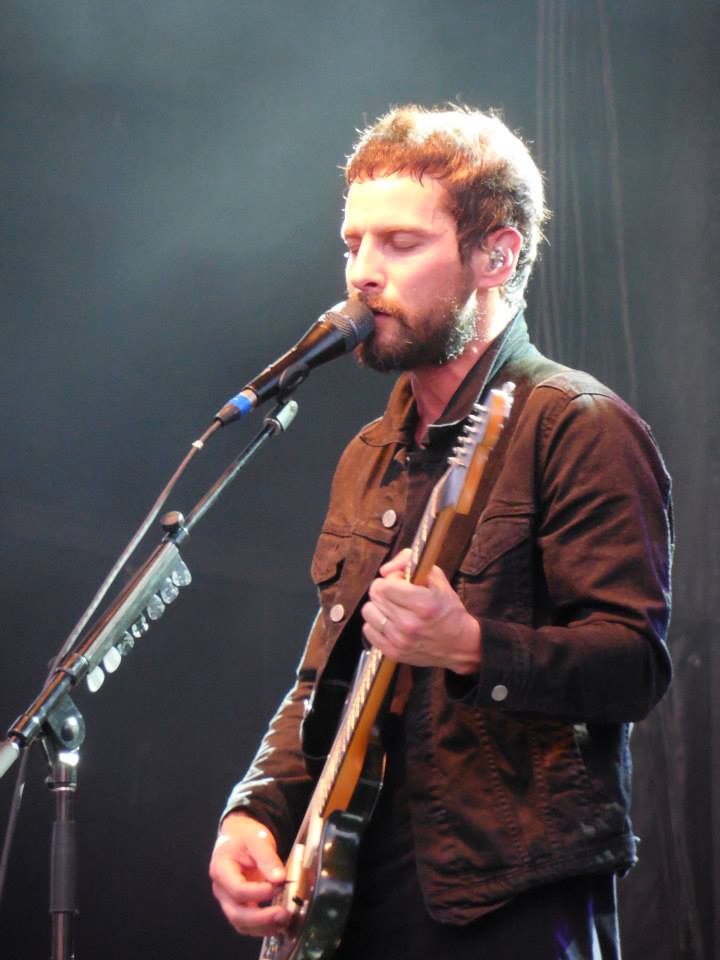 I’ve always said that outdoor concerts never cease to remind me of why I love music and can’t stand people.

Last night’s superlative evening with the Sam Roberts Band at Canalside was no exception.

From the moment the Montreal collective assumed control of the grounds, my immediate surroundings became a living embodiment of Stealers Wheel’s 1972 bubble gum hit, “Stuck in the Middle with You,” only instead of “clowns to the left of me and jokers to the right,” I was beset on all sides by walking clichés of the insufferable teenage variety.

They were smoking, stumbling, and making it their solemn duty to ensure that older generations continue to make disapproving blanket statements about the under-30 demographic as a whole.

Because I myself fall under the twenty-something umbrella, I find it disheartening that so many of my peers consider such shameless behavior appealing and often get tired of having to answer for the actions of those whom I want nothing to do with.  There’s more to life than taking drunken selfies while the rest of us are trying to appreciate the spaced-out musical mastery of Roberts and Co., so, if you appear as if you wouldn’t know Sam Roberts from Sam Shepard, do us all a favor and take the vacuity elsewhere.

Then again, I observed a host of seasoned adults engaging in similar antics, which just goes to show that technological imprisonment combined with the need for attention can affect anyone at any time.

But that’s the situation in which we find ourselves.  Too many people would rather use the concert experience as a platform for social media promotion than actually celebrate the sacred connection between artist and audience the way it was meant to be.

“Where Have All the Good People Gone?” asked Roberts during one of the set’s highest moments.

Well, Sam, there were plenty of good people there for the right reasons.  One just had to filter through the nonsense to find them.

Earlier in the day, an estimated 3,000 soccer-stricken souls gathered at Canalside to watch the United States take on Germany in the World Cup, but the sting of that 1-0 loss was neutralized once Roberts kicked into “Human Heat,” a jubilant scorcher from 2014’s “Lo-Fantasy” that quickly silenced any doubts about the new material being able to thrive in a live setting.

From there, we were rewarded with “Shapeshifters,” “Fixed to Ruin,” and “Let it In,” each of which served to deepen the already torrid love affair Buffalo has with Canadian music of all shapes and sizes.

Roberts has been performing in Western New York for so long that it feels like a homecoming every time he touches down, so, when he dedicated a song to late Mohawk Place owner Pete Perrone, it wasn’t some empty gesture.  It was a pointed acknowledgment of a man who played an integral role in not only breaking Roberts locally, but so many other bands that swept through the area, as well.  Perrone’s contributions to the community, musical and otherwise, were so vast that even opener Johnny Nobody paid their respects, so it’s safe to say that his legacy can never be overstated.

The band’s tribute to its Buffalo fanbase as a whole took the form of a tasty trio known as “Hard Road,” “We’re All in This Together,” and “Bridge to Nowhere,” which had to make anyone within auditory range wonder why these guys aren’t a fixture on every festival mainstage from here to Coachella.

They play with passion, precision, and a collective intuition for what any rhythmic situation calls for, and Roberts’s ability to frenetically lead the way while never losing his high-as-a-kite stare makes for a killer experience.