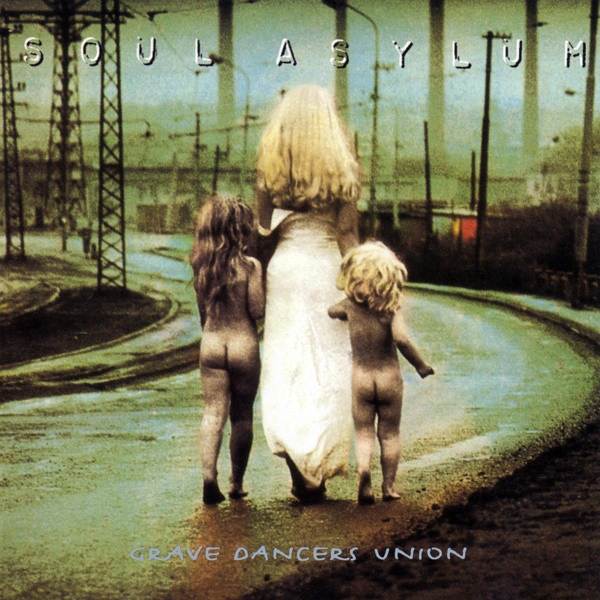 One of the most enduring criticisms of the 1990s is that the popular music scene devolved into the land of a thousand rent-a-Kurts in the wake of “Nevermind,” the album responsible for instigating a seismic shift in the way an entire generation responded to the premeditated noise coming out of their speakers.

A&R types engaged in a halfhearted scramble to find the parts necessary for making a “grunge” band possible, which usually resulted in one-hit wonders lacking the soul and intangible camaraderie that made the Seattle scene such a catalyst for change.

Silverchair, Nixons, Days of the New, Creed, Fuel, The Verve Pipe, and Puddle of Mudd.  You remember the names, but when is the last time any of them were allowed to occupy a space in your mind?

Granted, Silverchair’s 1995 debut, “Frogstomp,” is a solid relic from the era, especially given the fact that its members were only 15 when they recorded it, but the rest were pretenders and every student of the game knew it.

I thought about this as I sat inside The Tralf Music Hall during recent sets from Fountains of Wayne and Soul Asylum, because neither band was ever victimized by the moribund scenario I just described.

Led by resident fireball Dave Pirner, Soul Asylum emerged from Minneapolis during the mid ‘80s with an alternative sound incorporating elements of punk, hard rock, and whatever else Pirner absorbed during his formative years.  He was a vocalist singing and writing from a deeply personal place that audiences finally responded to with 1992’s breakthrough album, “Grave Dancer’s Union,” which made the band a mainstay on MTV thanks to “Somebody to Shove” and “Runaway Train.”

The 2013 version is bolstered by ex-Prince drummer Michael Bland, whose contribution really shines through during the live performance. He and new bassist Winston Roye comprise a sturdy rhythm section for Pirner to bounce his shimmering riffs off, and, in the process, appear to re-energize their leader every step of the way.

It would have been easy for Pirner to pack it in once the mainstream success dwindled, but he’s too good for that. His material holds up well and I found that the intimacy of a club allows him to unleash a ferocity never captured in quite the same way on record.

Highpoints of the set included “Misery,” “Without a Trace,” and a rollicking “April Fool,” which closed out their time in Buffalo with a vengeance.

Fountains of Wayne found itself in the pole position on this night, which meant that they had to somehow dig into their bag of late ‘90s pop-rock tricks to follow up Soul Asylum’s energy.

From the moment “I’ve Got a Flair” kicked in, it was clear that Chris Collingwood’s nasally inflection still knows how to rally a crowd. Their breezy guitars and catchy choruses provide the listener with an instant uplift missing from modern music, which speaks to how underappreciated they really were during the early part of the ‘00s.

While “Stacy’s Mom” pushed them over the top, “Mexican Wine,” “A Dip in the Ocean,” and “Hey Julie” all stand as polished pop confections worthy of revisiting in the future. If you listen closely, you can hear influences ranging from The Zombies to Squeeze, so these guys definitely did their homework before deciding what type of band they wanted to be.

Evan Dando of The Lemonheads took the stage with an all-too-brief acoustic stint featuring gems from “It’s a Shame About Ray” and “Sweet Relief.” His husky vocals and snarky songwriting continue to strike a chord well after the band’s formation, so I would have liked to hear more than just 25 minutes.

On an evening when the Buffalo Sabres lost yet another game, your time could have been spent taking in this triple bill of ‘90s bliss, because, unless you were kicked out for being disorderly, suffering wasn’t anywhere to be found.