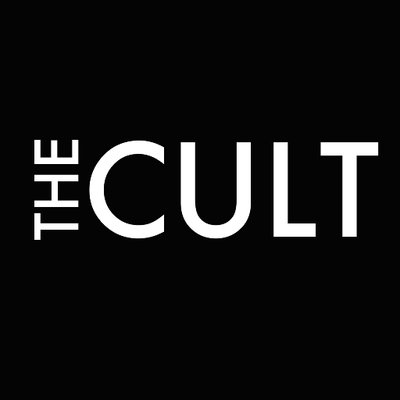 I can’t really blame Ian Astbury for expressing his contempt Thursday night when the harbor crowd failed to generate much enthusiasm for what they were experiencing.

After all, his band The Cult just released what I consider to be its supreme musical achievement in “Choice of Weapon,” an emphatic statement doused in subversive subtext regarding society’s self-imposed decline into an abyss of narcissism and moral bankruptcy.

Perhaps the reality is that general audiences simply don’t care enough to seek out new material from bands they loved in their younger days, preferring instead to live in a vacuum in which only the classics make the cut.

That mentality may apply to so-called “nostalgia” acts whose only function is to transport people back to a time when video games only had eight bits, but The Cult is still an artistically fierce outfit capable of outdoing itself every time the lights go down.

Listen to new tracks such as “Honey from a Knife,” “The Wolf,” and “For the Animals,” and you’ll hear a band elevating to the apex of its craft despite a myriad of critics declaring that rock is dead.

Astbury bleeds for this stuff, so it’s not a stretch to understand why he gets upset if people don’t express the same degree of passion for it as he always has.  If every artist was that invested in delivering greatness, we’d be much better off as consumers of pop culture.

Although the show’s opener “Lil’ Devil” sounded as if they were yet to hit their stride, Astbury, guitarist Billy Duffy, bassist Chris Wyse and drummer John Tempesta tore it up once the dust settled.

The new material is clearly where the band’s head is at in 2012, but set mainstays “Rain,” “Fire Woman,” and “She Sells Sanctuary” still dazzle with their energy and mystical ambience.

Duffy’s blistering solos remain the backbone of the band’s signature sound, and he even took time out of the show to ensure that the venue’s cameraman was capturing every inflammatory lick.  He appeared to be having a blast on stage, so maybe Astbury was the only one feeling underappreciated.

Other memorable moments were a soulful take on “Embers” as well as the blissful parting gift of “Love Removal Machine,” which is what the majority of souls in attendance came for in the first place.

I can’t entirely fault the crowd for not soaking up the new material in abundance; because today’s musical landscape doesn’t lend itself to the promotion of albums people should actually be listening to.

However, if you call yourself a fan of The Cult, you owe it to yourself to realize that the band didn’t stop making records after 1989’s “Sonic Temple.”  Every second of “Choice of Weapon” should resonate with listeners in 2012, and I can only hope that people desire to find that out for themselves.