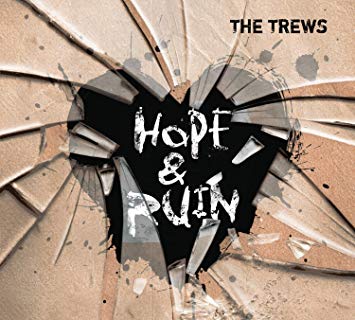 Nothing is certain except death, taxes, and a yearly appearance by The Trews at Artpark for a heavenly summer evening of Canadian rock music.

Seriously, I’ve seen the band seven times now, so Western New York has become something of a home away from home for the Nova Scotia-born collective.  They love us, and we love them back with an obsession rivaling Glenn Close in “Fatal Attraction.”

Their concerts have become a rowdy gathering of “friends and total strangers” in which people sway together while shrieking at the top of their lungs every word of “Not Ready to Go,” “So She’s Leaving,” “Ishmael and Maggie,” etc.

Not even the gratuitous barrage of purses banging them in the elbows can stop this bunch from indulging in the commotion.

As for the band, I have a difficult time believing that they would rather play anywhere else outside of their hometown.  The energy generated by the crowd tends to propel them to heights even they don’t always expect, so each year brings the absolute best out of them.

Last week’s showing surpassed 2011 in all respects as the guys have settled into the new material with ease.  “The World I Know,” “Hope and Ruin,” and “One By One” come off more majestically than their recorded format, which could be said about every song The Trews have ever released.

They’re a live product through and through, and the blazing guitar interplay of brothers Colin and John-Angus Macdonald is poetry in motion.  Throw in the iron-clad rhythm section of Jack Syperek and Sean Dalton, and you have one of the finest rock bands to emerge from Canada in the last decade.

I advise you to catch the band when they come back around, because I don’t think there’s a more irresistible combination of music and partying currently on the scene.  They have a history of playing the Town Ballroom during the winter months, so the odds are promising that you won’t have to wait too long.