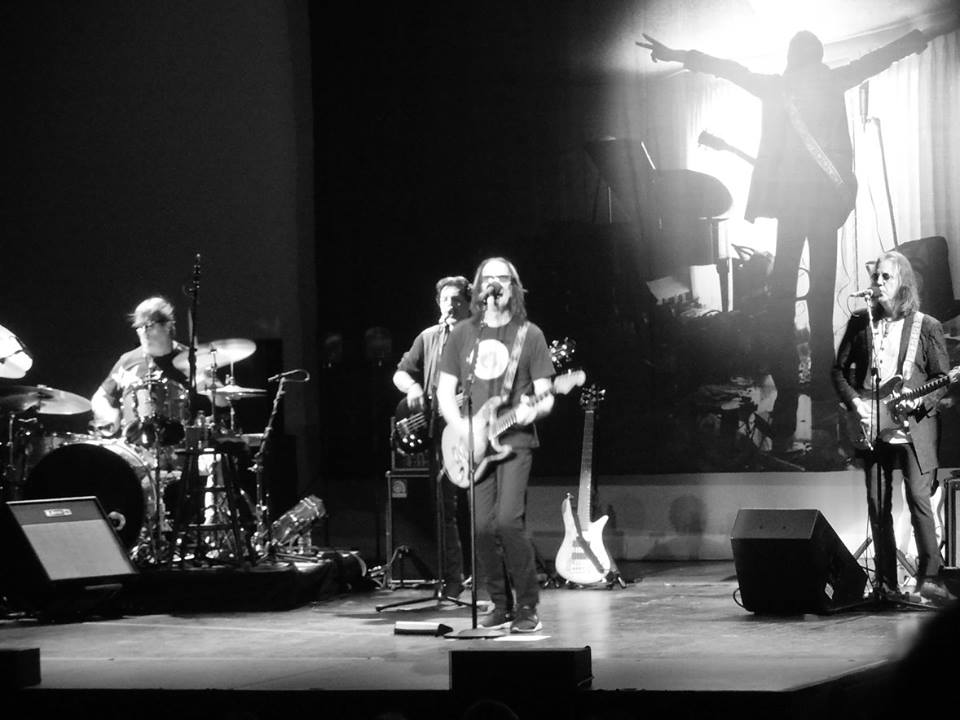 Love was the answer at Canalside last Thursday night, because, everywhere you looked, couples were engaged in public displays of affection while Todd Rundgren took them on a 90-minute cruise through his most soothing ‘70s pop confections.

Despite the fact that I overheard someone on the Metro Rail say that they were headed to the concert without even knowing who was performing, the crowd consisted of thousands of Toddheads dead set on bellowing the lyrics to “I Saw the Light” right along with the band, all the while caressing their significant other to the point that the audience’s attention was often torn between the stage and whatever said lovers happened to be doing at the moment.

I’m sure the phrase “Get a room!” was uttered more than once throughout the evening, but there’s something stirring about being caught in an audience whose romantic fixation supersedes its potential to be just another trough of summer concert insolence.

Buffalo loved Todd and he loved us right back in the form of a ballad-heavy set that stands as one of the most sensational nights of music the area has experienced since school let out.

Surrounded by a stellar cast of musicians, including Utopia bassist Kasim Sulton, the 65-year-old Rundgren exhibited consummate energy and professionalism following some early snags on the soundboard, basing the entire performance around exposing his soul in a way that few artists are willing to do anymore.

While he doesn’t pull off the falsetto of old, his voice is still an instrument of devastating beauty, constantly scaling the wall of sound to put the finishing touch on songs that people came to hear executed without blemish.

“Love of the Common Man,” “Buffalo Grass,” and “Determination” all passed the test early on, because each capitalized on what sets Rundgren apart as a musician. Weaving together feisty vocals and multi-layered compositions while, at the same time, shifting styles in the blink of an eye meant that he was able to avoid being pinned down long enough for someone to accuse him of predictability.

How else could he capture the fragility of “It Wouldn’t Have Made Any Difference” and the eccentricity of “Espresso (All Jacked Up)” in a matter of minutes?

He’s never been one to fall into the complacency trap and his latest release, “State,” is evidence that he’s not about to start mailing it in now.

Sure, it would’ve been a treat to hear tracks from “State” played in abundance, but it was all about the hits on this night.

Such is the protocol for many a summer concerts, because not everyone in attendance is a card carrying member of the fan club. The key to orchestrating a free outdoor concert in Western New York is compiling a set that achieves a vibrant synthesis of old and new material without alienating either side.

Because Todd and Company had two hours of music prepared for a venue whose curfew was incompatible, the only thing missing from the evening was a proper sendoff.

“Hello It’s Me,” the cornerstone of any casual fan’s evening, was well-played, but it felt premature given how entrenched the band had become on stage.

They hit their stride at a time when it was clear that Todd had much more to give.

To paraphrase a line from Meat Loaf’s “Bat Out of Hell” album, which Rundgren produced, they were all revved up with no place to go but back on the bus, leaving the fans to ponder what might have been.