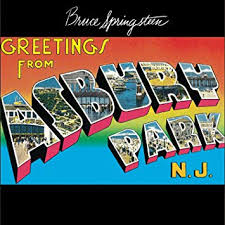 Before diving into last November’s magical evening with Bruce Springsteen and the E Street Band, I feel compelled to express my dissatisfaction with the way in which the entrance into HSBC Arena was handled. I don’t know if it was the band’s delay or simply abysmal planning on part of the arena staff, but witnessing 20,000 irate concertgoers trying to pile in all at once surely wasn’t a sight anyone expected to see when the day began.

Much like the tax collectors of the 1700s, I’m convinced that had the architect been in attendance, he would’ve needed a police escort to avoid being hung for crimes against humanity.

It was that chaotic.

Something tells me that The Boss himself would not have approved of huddled masses standing around as if it were a Depression-era shipping yard. I heard plenty of rumblings from people saying they won’t be attending another event, so, if the arena cares at all about customer satisfaction, they’ll take the necessary steps to prevent such bedlam in the future.

As for the show itself, I think it’s destined to go down as one of the most epic live performances in the history of the venue. Everything came together at the exact same moment to remind people how rock ‘n’ roll, at its peak, can provide the type of uncompromising catharsis seldom found in today’s materialistic super-culture.

Whether it was an improbable crowd surf during “Hungry Heart” or a fuming solo on “Lost in the Flood,” Springsteen patrolled the stage with all the brio and bright-eyed optimism fans have come to expect from the 60-year-old Jersey rocker with the rest of the band matching his energy every step of the way. When Bruce wanted more, Clarence, Steven, Nils, Roy, Garry, Soozie, Charles, and Max played as if it was the last time they would ever step foot on the stage while giving this writer certifiable goose bumps in the process.

Rumor has it that this may have been the proverbial swan song for the E Street Band as we know it, but I don’t buy it for a second. This wasn’t some has-been outfit stumbling to the end with alcohol and mumbled lyrics aplenty.

What we saw that night was a storied troupe of musicians at the top of their game, a wild crew of virtuosic trailblazers with obvious unfinished business.

Listening to Bruce wail on Chuck Willis’s “(I Don’t Want to) Hang Up My Rock and Roll Shoes” was a stirring farewell but, given the state of today’s rock scene, let’s hope he’s just getting started.