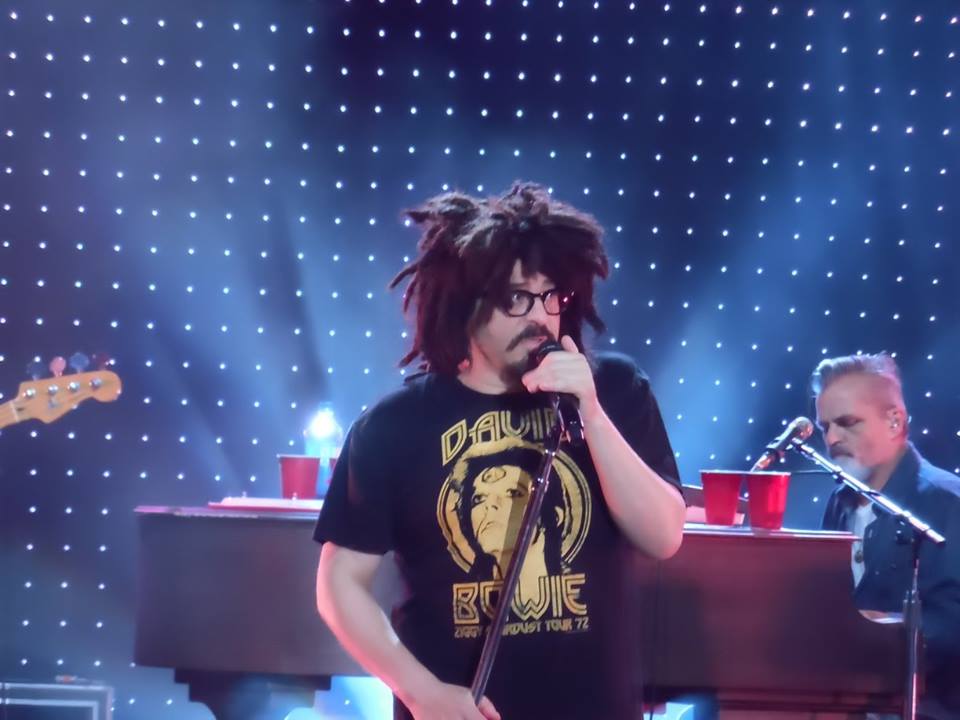 Western New York’s summer of 2015 moved pretty fast.  If you didn’t stop to look around once in a while, the odds are even that you missed something extraordinary emanating from one of our hallowed stages.

The Stones rolled into The Ralph, the Eagles landed at First Niagara Center, and, believe it or not, Buffalo began to feel like a city no longer on the periphery of the national touring circuit.  After decades spent cultivating a scene worthy of top-shelf talents both foreign and domestic, we were finally able to reap the benefits that come with no longer languishing as the Susan Lucci of the secondary concert market.

With Brian Wilson (Oct. 10), Paul McCartney (Oct. 22), and Stevie Wonder (Nov. 19) all waiting in the wings, the best is indeed yet to come, but first I’d like to offer a few final thoughts on shows that I wasn’t able to cover verbosely the first time around:

Seether and Tremonti at The Rapids Theatre – It’s fitting that Seether strolled into town during the same week that the acclaimed documentary, “Kurt Cobain: Montage of Heck,” premiered on HBO, because one could argue that the South African trio wouldn’t even exist had Nirvana not left its mark on an entire generation of aspiring musicians.  Their performance in The Falls was strong as usual, with the highest marks being earned on a stripped-down “Broken” and “Driven Under,” a track so saturated with Cobain’s lyrical perspiration that frontman Shaun Morgan couldn’t downplay the influence even if he tried.

As for Tremonti, the material trends heavier than Creed and not as mainstream as Alter Bridge, but not even his abundant guitar chops were enough to hide the fact that a new lead singer is needed to elevate the music to the next level.

Three Days Grace at Artpark – Hearing Three Days Grace grind out songs such as “I Hate Everything About You” and “Pain” in 2015 was akin to opening a time capsule from the early aughts, because it all felt a bit dated. Newly minted lead singer Matt Walst is certainly a showman and the new material actually isn’t insufferable, but throwing himself into the lyrics written by ex-vocalist Adam Gontier lacked the emotional sucker punch needed to get the point across. Gontier’s morose, hyper-confessional writing style is what broke the band in the first place, so not having him there to assume responsibility for the animal he had become left me wondering what the point of it all was.

My Morning Jacket at Artpark – Because I wasn’t able to make it to Bonnaroo this year, My Morning Jacket decided to bring of piece of Bonnaroo to me. That is, I and everyone else in western New York for whom getting a taste of the festival experience was on the “must” list.  The show was sublime in every facet and deserves to go down as one of the finest in the history of the venue.

Straight No Chaser at Shea’s – The subheading for this show should read “How I Learned to Stop Complaining and Enjoy A cappella,” because what Jerome Collins and company did during their “Snowvember” makeup show in July wasn’t something to be taken lightly.

Counting Crows, Citizen Cope, and Hollis Brown at Artpark – Adam Duritz pulled the plug early due to an alleged vocal malady, but, if he wasn’t at 100 percent, he delivered one of the finest “subpar” performances I’ve ever seen. The Crows were tighter than ever and the leisurely paced set made for a bona fide hangout vibe unlike anything else the summer slate had to offer.

Here’s hoping the fall season is just as memorable…