If you weren’t inside Buffalo’s KeyBank Center on Saturday night, you may be surprised to learn that the latest disturbing creation from David Draiman, Dan Donegan, John Moyer, and Mike Wengren assumed a rather solemn tone for most of the evening. Yes, there were plenty of lasers, flames, and signs of the horns to go around, but the usual desire to escape from the unmitigated shit show that is the outside world was replaced by a reminder that the mental health crisis in America has reached a point where silence is no longer golden.

Pictures of smiling fans were juxtaposed with images of Chris Cornell, Chester Bennington, and Scott Weiland, each individuals who could only keep the demons of depression at bay for so long until their artistic flames were extinguished before their time. Perhaps the most harrowing image of them all, though, was the sight of 10,000 fists in the air when Draiman asked for a show of hands as to how many people knew someone struggling with similar issues. The reality is that, at a time when politicians are striving more than ever to divide us across every line imaginable, our collective struggle to navigate through the pressures of everyday life bind us whether we realize it or not.

I was in sixth grade when “The Sickness” dropped in 2000 and older generations used to wonder back then how a band like that could possibly persist once the initial burst of aggression wore off. Not only have they proven the haters wrong, they’ve managed to evolve thematically in a way that feels completely in sync with their real life personalities. What you see and hear in 2019 is the result of two decades spent raging against the conformity of mainstream society with music as their weapon of choice, which, the longer they’ve been around, the stronger that music has become. Even when the newer tracks slide into familiar territory, Draiman’s voice and the band’s overall musical execution are enough to make it all sound empowering.

So what if “Are You Ready?” doesn’t feel that far removed, sonically speaking, from 2008’s “Inside the Fire?” Calling their latest album “Evolution” is more reflective of a maturity in lyrical presentation than any dramatic shift in sound, so the timing of the band’s elevation to the arena rock platform couldn’t have been better. By shedding whatever nu-metal fragments they had left, they’ve armed themselves with both a poignant message and a growing catalog of underrated songs to back it up.

I’ve often felt that music writers have been contractually obligated by whatever commercial rag they happen to be scrawling for to dismiss anything that doesn’t jell with the group agenda, but that’s just not my bag, baby. “Voices,” “The Vengeful One,” and “The Game” all slayed, as guitarist Dan Donegan was given ample space to show the audience how overlooked he really is as a player. Toss in stellar versions of “Stupify” and “Land of Confusion,” and the first half of the show went about as well as any fan could hope.

An acoustic quieting on “A Reason to Fight” and “Watch You Burn” laid the groundwork for what would be the emotional climax of the set later on when Draiman dedicated “The Light” to a fan whose husband died after a battle with ALS. She hung out on stage for the duration of the song and the crowd responded by offering up their loudest ovation of the night.

After a brief exit, the band returned for explosive takes on “Stricken” and “Down With the Sickness” that capped off what  ended up being an inspiring evening of music that people of all ideologies could enjoy. I had my doubts as to whether or not they could pull it off, but Disturbed proved that no arena is too big when you have a legion of fists willing to follow you into the fire.

Norwood, ON’s own Three Days Grace gave a valiant effort in the opening slot, but, while Matt Walst knows how to work a crowd, the absence of original vocalist Adam Gontier is an emotional void yet to be filled. 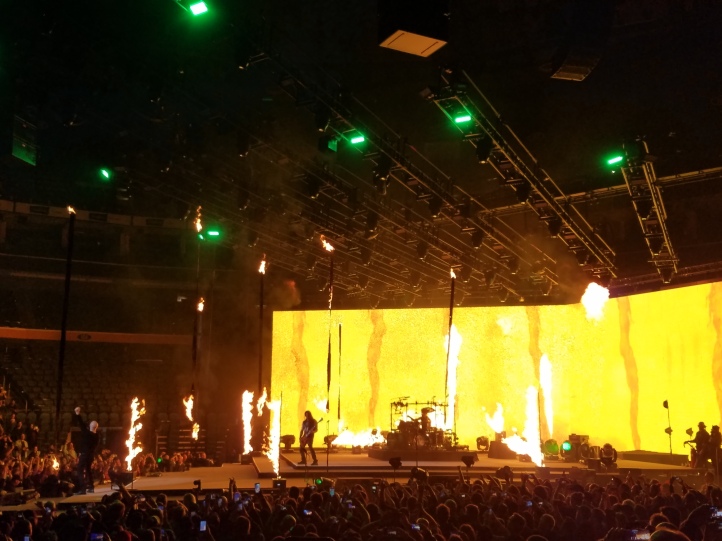 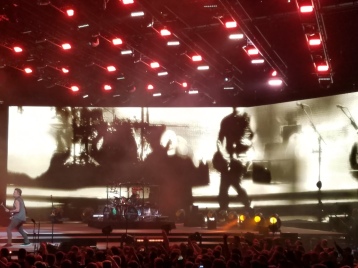 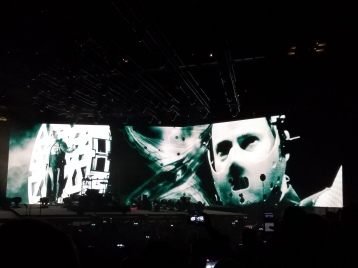 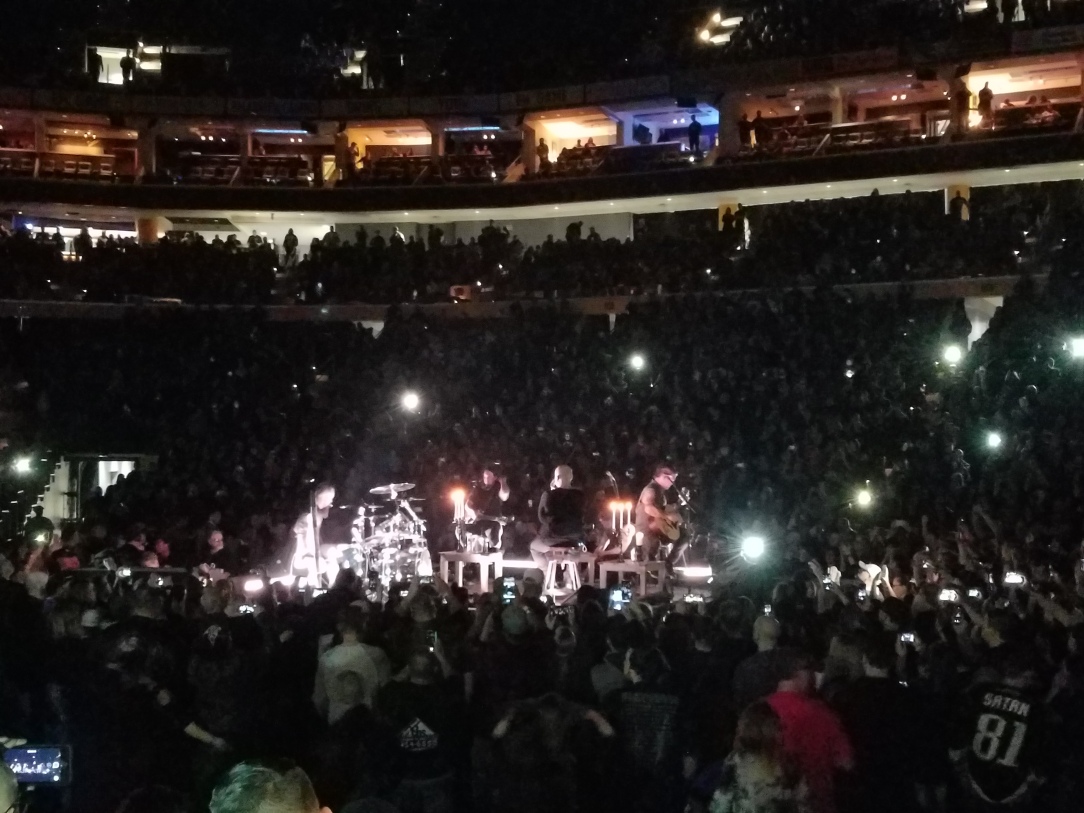