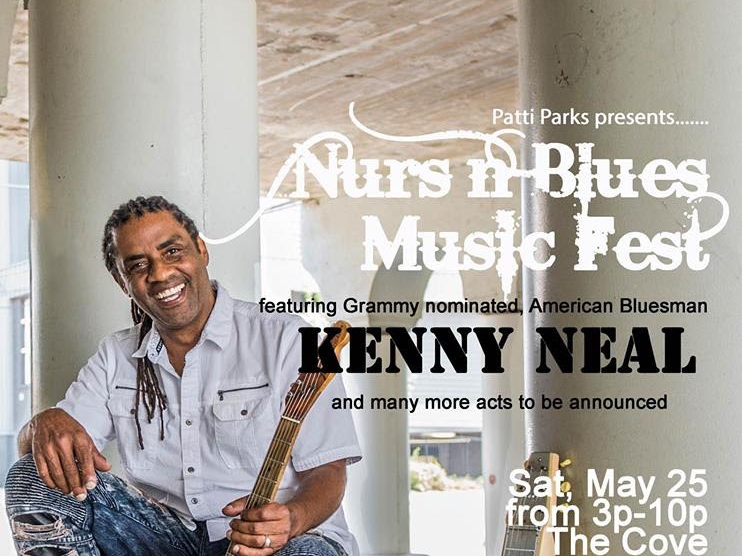 According to the Erie County Medical Examiner’s Office, 167 people died from opioid overdoses in 2018 and another 27 cases could be connected to the crisis.

While that number is down from a staggering 301 in 2016, the song remains the same, because our neighbors are still suffering with no end in sight. Politicians love to express concern in dollars and cents despite the majority of their solutions containing very little sense at all, so those on the front lines are tasked with bringing alternative plans to the table.

Buffalo Music Hall-of-Famer Patti Parks has done just that as the creator of the Nurs’n Blues Therapy Program, an innovative approach that uses blues music as a tool in the ongoing fight against chemical dependency. Her nursing background combined with her own son’s struggle with addiction makes the whole endeavor feel like the manifestation of a passion project. If anyone was going to will the program’s upcoming festival into existence, it would have to be the woman often referred to as the “Best Female Blues Vocalist in Buffalo.”

I caught up with Parks recently to discuss the program’s origins as well as what fans of the genre can expect if they come out to The Cove on May 25. In an era where everyone has a fundraiser, you’d be hard-pressed to find a more timely and well-organized addition to the fray than this one.

MNOD: How did this project come to fruition?

Parks: It was the result of a lot of fundraising and support. The music therapy program started about 3 1/2 years ago and we’ve been very successful with more than 1,000 clients to this point. We operate out of both the Horizon and Kids Escaping Drugs campuses. As a nurse and performer, I knew there had to be a better way to deal with the problem of chemical dependency and this is something that is close to me.

MNOD: What is it about the blues that makes it such an appropriate vessel for music therapy?

Parks: It’s just a beautiful art form. It can be used for both communication and entertainment, but it’s always been the music of survival. There’s something about the AABB form that really resonates with people. The simplicity and emotion with which the blues can be played makes it appeal to a wide audience. We have 13 to 18-year-old girls in the program who have little exposure to the blues before entering, but they love it. Age doesn’t matter. Walter Trout talked about the healing power of the blues when I was part of a symposium with him in 2016. I spoke about how the music has helped our clients on the road to recovery and Kenny Neal’s appearance this year is actually being sponsored by the family of a child whose participation in the program had a positive effect on them.

MNOD: What role does the community itself play in the success of this program?

Parks: Buffalo has such a vibrant blues society. For those of us residing here, we often have trouble choosing where to go to hear live music each night, because there are so many options. People here are also very giving and willing to support any number of causes that are out there. What’s special about Nurs’n Blues is that we’ve also been endorsed by Robby Takac of the Goo Goo Dolls and are now under the Music Is Art umbrella.

MNOD: Who were some of your early influences in music?

Parks: I had so many. I like anything that combines blues, gospel, and funk. I’ve toured all over as a musician and picked up a lot of influences along the way.

MNOD: What can people expect if they attend the festival?

Parks: Well, we’re having two stages of music and the food at The Cove has always been highly regarded. We’re not that far from Downtown Buffalo or the airport, so it’s easy to get to for those wishing to attend from out of town. My band is performing in addition to Kenny Neal, Grace Stumberg, the Jeremy Keyes Band, and a bunch of others that run the full gamut of blues music. We’ll also have some small vendors there, but mainly we want people to come ready to dance and have a good time.

Where: The Cove Seafood and Banquets in Depew, NY

How Much?: Tickets are $20 in advance or $25 at the door. All proceeds benefit Nurs’n Blues Therapy Program that uses Blues Music Therapy for those struggling with chemical dependency.